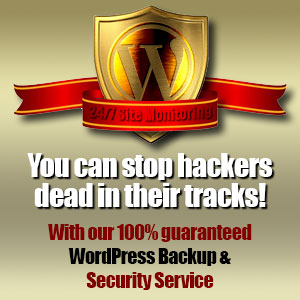 Ever wonder how someone can make a living off of what they do online?

No, this is not the start of some pyramid marketing scheme, and I’m not going to try and get you to sell anything either, but many developers and designers often wonder; “Why can’t I make money online like that guy?”. We all feel like we have the skills, and we all work hard, but could it be possible we don’t know where the market is?

Where can I start?

Online marketplaces for plugins, scripts and extensions to CMS and shopping cart systems have long been considered a cheap alternative to quality development that will ruin your site. Recently however, it’s apparent that the Open Source community, and their eagerness to contribute have created an interesting trend; High quality additions to existing products for little or no money, and the trend is growing.

For those looking to avoid dodgy developers, and happy to try the DIY approach, it’s not a bad option. If you’re a programmer or web designer it’s becoming a more popular and more accepted path for rapid website development as quite often, someone else has done, thought or tried it before.

Budding entrepeneurs, part time hacks, and small business owners now have the ability to add real, complex functionality to their own websites with a minimum of effort. With no bigger marketplace than the web to sell your wares, and businesses having less time, and more incentive for a quick fix, it’s becoming more viable for developers to take their reusable code and sell it online for anyone else who might find it useful.

It doesn’t have to be the next killer App to make good money either. We’ve seen some of the most simple ideas sell like hot-cakes making the developer lot’s of cash and kudos along the way. Think about it – you probably already know what annoys you the most with the software you use, so why not spend some time developing a solution?

For startup designers, developers and the like, it is however a great way to get your name out there, earn a few dollars and understand how users interact with your products a little better, as once you start selling, you’ll need to learn how to support your products as well.

So how much can I really make?

And this is where real money can be made. Presently, the top rated theme on Theme Forest is the Avada theme, with over 50,000 purchase at around $55 USD, that’s a touch over a cool quarter of a million dollars for the team that built this product. Sure, this is an extreme example, and it certainly wasn’t built overnight, but it shows how lucrative the link between Open Source software and commercial software can be for those looking to get a little cash flow.

As our society turns code into necessity, plugins into ubiquity, and quality websites into mediocrity, it may not be the idealists path to enlightenment, but it might just prove a real bread winner for those who don’t know where to focus their efforts as they learn the ropes of the game that is web design and development.